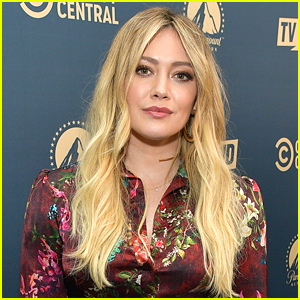 Early last year, Hilary Duff called out a photographer who she saw taking photos of her children, and other children, in a local park in Los Angeles.

The 33-year-old actress famously taped the incident where she confronted the man, calling him a creep paparazzo for taking the photographs of children who were not his nor did he know anyone there.

“I’m not asking for your ID. I’m asking you to stop taking pictures of our 7-year-old children if you don’t know anyone that’s here,” Hilary responded as he questioned her. “I’m asking you human to human, as a mother, if you don’t know anyone here, can you please stop taking pictures of our children playing football this morning.”

Now, Darryl Wilkins, is suing the actress, as well as Wendy Williams for the incident.

The Blast reports that he was in a public park and was testing out his new camera, and claims slander against Hilary for allegedly accusing him of “reprehensible and despicable conduct including by innuendo that he was a child predator.”

Darryl is also including Wendy in the lawsuit for allegedly repeating the defamatory statements on her TV show.

His complaint also says that the words uttered were “false statements because Wilkins is not a pedophile or child predator and was attempting to take photographs as a photographer and not as a paparazzi or stalker or with mal intent or evil wrongdoing.”

Both Hilary and Wendy are facing general, specific, and punitive damages for their alleged malice, oppression, and fraud.

Earlier today, Hilary revealed a big change in her life. See what it was here…