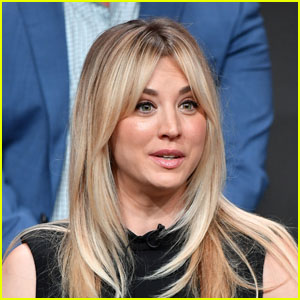 Kaley Cuoco is getting candid about her career, as well as her personal life.

The 35-year-old actress opened up in an interview with Variety.

PHOTOS: Check out the latest pics of Kaley Cuoco

Here’s what she had to say…

On what she thought after learning The Big Bang Theory would come to an end: “’Oh, my God, I don’t remember my life before this show! And I went through a divorce on the show,’ she adds, referring to her abbreviated first marriage to Ryan Sweeting, in which, Cuoco says, ‘we got married in, like, six seconds.’”

On earning the same as her male counterparts on The Big Bang Theory: “I knew that I was equal to them from day one. And that was never questioned in my experience with Big Bang — which I will always appreciate, because it set a standard for me.”

On what to expect from the second season of The Flight Attendant: “The timetable for Season 2 is still coming together. Yes, there will be a mystery, Cuoco says, and yes, Cassie might work with the CIA, as the finale established. But Cuoco wants to tell the story of Cassie struggling in sobriety. ‘She thinks this is going to be quick and easy, and I’m nailing this!’ Cuoco says. ‘And she’s going to learn really fast that this is a lifelong issue that will not be cured for her overnight.’”

On the number of dogs she owns: “I’m not allowed to say how many I have, because I am afraid they will come knocking, saying that it’s an illegal amount.”

Find out why Kaley Cuoco said life was “boring” before meeting this person.

For more from Kaley, head to Variety.com.