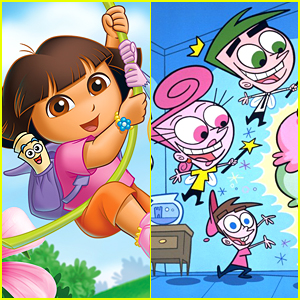 Two more animated series are getting a live action treatment – Dora the Explorer and The Fairly OddParents!

The two hit Nickelodeon shows are headed to Paramount+ as reboots of the classic shows.

They were previously given a live action treatment in a big screen movie (Dora), and TV movies.

Dora the Explorer follows a 7-year-old Latina with a love of embarking on quests accompanied by her talking purple backpack and Boots the monkey.

The Fairly OddParents, which ran for 10 seasons, is one of the longest running animated shows on Nickelodeon.

See what other animated series is also getting a reboot at Paramount+ here!