Prince Harry just gave one of his most candid interviews ever during an appearance on The Late Late Show with James Corden and we’re recapping all the things we learned about him.

The 36-year-old royal went on a tour of Los Angeles with James and they saw tons of cool sites, including the Fresh Prince of Bel-Air house.

Meghan Markle made a special appearance during the segment and revealed the nickname she uses for Harry.

During the interview, Harry opened up about his thoughts on The Crown, leaving his role as an official member of the royal family, raising his son Archie, Zooming with his grandparents, and the gift that Queen Elizabeth sent them.

1. FIRST TIME ON AN OPEN-AIR BUS
Harry has never been on an open-air, double decker bus before. Despite them being standard in London, he has never been on one. When James told him to pay the fare to get on the bus, he jokingly said, “You know, us royals, we don’t carry cash.” He also said he’s always wanted to go sight-seeing and this marks the first time he’s really going to see Los Angeles.

2. HE HAS WATCHED FRESH PRINCE OF BEL-AIR
When they went to visit the Fresh Prince of Bel-Air house, Harry confirmed that he did indeed know the classic sitcom and he even rapped some of the lyrics from the theme song!

3. MEGHAN HAS A NICKNAME FOR HIM
James called Meghan on FaceTime to show her the Fresh Prince house and she revealed the nickname she uses for Harry. She said to her husband, “Haz, how is your tour of L.A. going?” 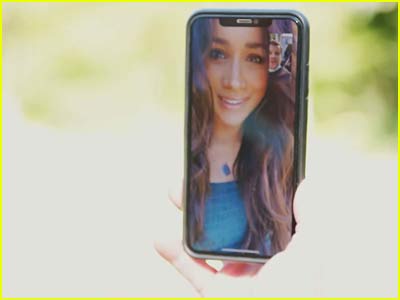 4. HARRY REVEALED WHEN HE KNEW MEGHAN WAS “THE ONE”
Harry said, “On the second date I was starting to think, ‘Wow, this is pretty special.’” He continued by saying, “It was the way we hit it off with each other and we were just so comfortable in each other’s company.”

5. HERE’S WHAT DATING A ROYAL IS LIKE
Harry said, “Dating with me, or with any member of the royal family I guess, is kind of flipped upside down. All of the dates become dinners or watching the TV or chatting, at home. And then eventually once you become a couple, then you venture out to dinners, to the cinema, and everything else. So everything was done back to front for [Meghan and I]. So actually, we got to spend an enormous amount of time just the two of us, rather than going to friends’ houses or out to dinner, where there are other distractions. There were no distractions and that was great. It was an amazing thing. We went from zero to 60 in the first two months.”

6. A NORMAL NIGHT IN FOR HARRY AND MEGHAN IS…
Harry said, “We do Archie’s tea, give him a bath, read him a book, put him down, go downstairs, Meg might cook a meal, might order takeaway, go upstairs, sit in bed, turn the TV on, watch some Jeopardy, maybe watch a little bit of Netflix.” 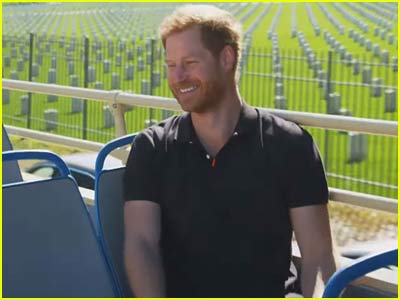 7. HARRY SHARED HIS THOUGHTS ON THE CROWN
“They don’t pretend to be news. It’s fictional, but it’s loosely based on the truth. Of course, it’s not strictly accurate,” Harry said when asked about the show. He continued, “It gives you a rough idea of what that lifestyle, what the pressures of putting duty and service above family and everything else, what can come from that. I’m way more comfortable with The Crown than I am seeing the stories written about my family, or my wife, or myself. It’s the difference between… that is obviously fiction, take it how you will, but this is being reported on as fact because you’re supposedly news. I have a real issue with that.”

8. THE ACTOR HE WANTS TO PLAY HIM WOULD BE…
Harry revealed that the actor he’d like to see play him in The Crown is Damian Lewis, though he thought his name was Daniel!

9. HARRY REVEALED ARCHIE’S FIRST WORD
Harry said, “My son is now just over a year and a half. He is hysterical. He’s got the most amazing personality. He is already putting three, four words together. He’s already singing songs.” He said that Archie’s first word was “crocodile.” 10. THE QUEEN BOUGHT ARCHIE AN INTERESTING GIFT!
Harry said, “My grandmother asked us what Archie wanted for Christmas and Meg said a waffle maker. She sent us a waffle maker for Archie. So for breakfast now, Meg makes up a beautiful, organic mix in the waffle maker. Out it comes, he loves it… Archie wakes up in the morning and goes, ‘Waffle?’”

11. QUEEN ELIZABETH AND PRINCE PHILIP BOTH KNOW HOW TO ZOOM
When asked about Zooming with his grandparents, Harry revealed that both of his grandparents know how to use the video chat service! He said, “We zoomed them a few times. They’ve seen Archie running around. My grandfather, instead of pressing leave meeting, he just [closes the screen]. It’s like, ‘Bye, bye,’ as I’m pressing [the button], he [shuts the screen].”

12. THIS IS WHAT HE WANTS LIFE TO BE LIKE ONCE LOCKDOWN IS OVER
Harry said, “I have no idea… a slightly different version, but a continuation of what we were doing back in the U.K. That is what our life, my life, is always going to be about, public service. And Meghan signed up to that and the two of us enjoy doing that. Trying to bring some compassion and you know, trying to make people happy and try and change the world in any small way that we can.” 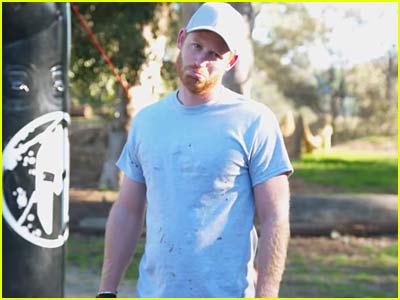 13. HERE’S WHY HARRY DECIDED IT WAS NECESSARY TO LEAVE THE ROYAL FAMILY
Harry said, “It was never walking away. It was stepping back, rather than stepping down. You know, it was a really difficult environment, as I think a lot of people saw. We all know what the British press can be like and it was destroying my mental health. I was like, ‘This is toxic.’ So I did what any husband and what any father would do. I was like, ‘I need to get my family out of here.’ But we never walked away. And as far as I’m concerned, whatever decisions are made on that side, I will never walk away. I will always be contributing, but my life is public service, so wherever I am in the world, it’s going to be the same thing.”

14. HARRY CAN CLIMB A ROPE LIKE A PRO
During the obstacle course at the end of the segment, one of the tasks was climbing a rope and hitting a bell, which Harry did quickly and with complete ease!

15. HARRY ISN’T SCARED TO GET DIRTY
One of the tasks on the obstacle course was to crawl under netting and through a patch of mud. Harry went right through it while James put up a fuss first. 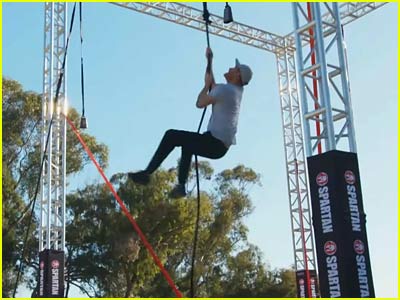