Rachael Kirkconnell is once again addressing her racism controversy.

After issuing a written apology a few weeks ago after a photo resurfaced online of her attending a plantation-themed party, the 24-year-old The Bachelor contestant shared a new video on Thursday (February 25) where she said that moving forward, she will dedicate her platform to sharing anti-racism resources.

“Over the last few weeks, since I put my statement out, I’ve gotten a lot of messages,” Rachael started in a video posted on Instagram. “I’ve got a lot of people asking me, well, what have you done to change since then? And I’ve also had a lot of people message me saying that they aren’t understanding why people are so upset. But they want to, and they’ve asked for resources, which I think is great.” 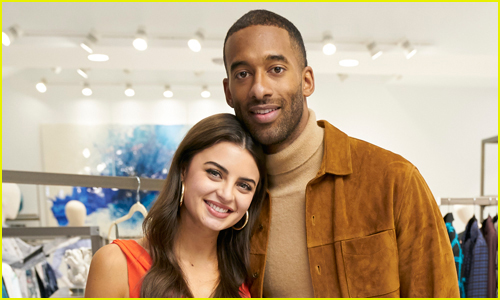 Rachael then went on to condemn the people that said that she didn’t do anything wrong by attending the party or dressing up as a Native American at another party.

“But then there’s also people messaging me saying ‘You know, you’ve done nothing wrong, don’t listen to people,’” Rachael continued. “I think that the first big step in all of this is white people stepping up and taking accountability. Things will never change if we don’t all work together in working towards this racial progress and this unity that we want.”

Rachael also told those people that are defending her to “please stop.”

“So please stop saying that I did nothing wrong. That’s not true,” Rachael said, adding that instead people should “encourage others around you to do better.”

Rachael‘s video comes a few days after current Bachelor Matt James spoke out about her past racist actions as well as host Chris Harrison‘s decision to step away from the franchise after he faced backlash for defending Rachael against the “woke police.”