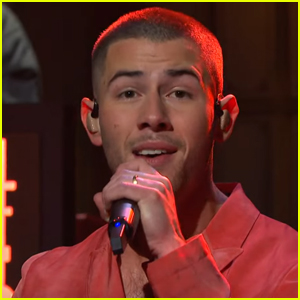 Nick Jonas has a new song out!

While hosting Saturday Night Live on Saturday (February 27), the 28-year-old singer debuted his brand new song “This Is Heaven.”

Nick performed the song during his second performance on the show.

For his first performance, Nick sang “Spaceman,” which he released just a few days earlier.

“This Is Heaven” and “Spaceman” will both be featured on Nick‘s upcoming third solo album, Spaceman, which he will be releasing on March 12.

During his SNL monologue, Nick was asked by a very special guest about the future of the Jonas Brothers.

You can pre-order Nick Jonas‘ upcoming album Spaceman off of iTunes here – check out his Saturday Night Live performances now!

Check out the lyrics to ‘This Is Heaven’ inside…