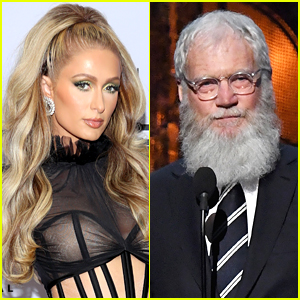 Paris Hilton is looking back on her 2007 interview with then Tonight Show host David Letterman.

In the interview, David repeatedly has asked Paris about her three week stint in jail after she had violated her probation by driving with a suspended license. She had called her time behind bars a “really traumatic experience”, and was visibly uncomfortable with him.

Paris addressed the moment on her new podcast with sister Nicky.

“He just kept pushing me and pushing me and I was so upset,” she recalled. “It was like he was purposely trying to humiliate me… please stop bringing this up again… it was very cruel and very mean. I’m never coming on this show again, you crossed the line.”

Nicky added, “You know what would not happen today is Sarah Silverman going on stage at the MTV Awards, and making disgusting, vile, perverted statements about pop stars, about people sitting in the audience.”

“There were certain people they targeted. I would see that with myself, with Britney, Jessica Simpson,” Paris continued. “There was a certain type of girl they targeted that they’d never do that to a man.”

See what happened with her interview here…