Sarah Silverman is speaking out in response to Paris Hilton‘s recent revelation that she was devastated by the jokes that the comedian made about her at the 2007 MTV Movie Awards.

Paris attended the awards show just hours before she was set to report to jail for 45 days. She was sentenced to jail because of a probation violation from her 2006 suspected DUI arrest.

During the awards show, Sarah mocked Paris for her upcoming jail time.

“What Sarah Silverman did was so disgusting and so cruel and mean,” Paris said on her podcast This is Paris earlier this week. “I was so shocked and surprised because I’d actually met her a few years before when I was at an event, and she couldn’t be nicer. So sweet. I knew I was about to check myself into jail in a couple hours [so I was] trying to be brave. To sit in the audience with her just literally publicly humiliating me, being so mean, so cruel [about my prison time], I was sitting there wanting to die.”

“I was trying to hold back my tears so hard. I had tears welling in my eyes. I wanted to run out of the entire room, but I just was trying to be strong and sit there, and the whole audience is laughing and she would not stop. It was so painful,” she added.

Click inside to read what Sarah Silverman said in response… 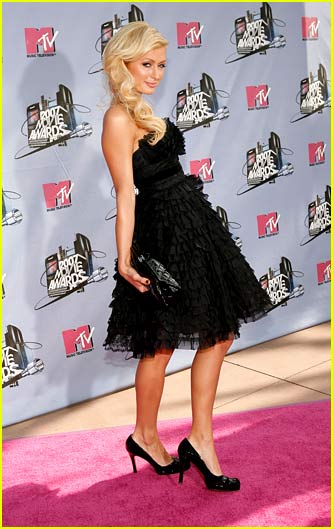 Sarah responded to the comments on her own podcast, which was released on Thursday (March 4).

“The crowd went bananas, and while I was thrilled at the success of my monologue, I remember spotting her in the audience, I really do, and I remember seeing that look on her face and my heart sank. There was a person under there. A couple days later I wrote her a letter apologizing, felt awful and I never heard back, I certainly wouldn’t expect to anyways,” Sarah said.

She continued by saying she was “really sorry” to hear that Paris never received the letter.

“I regretted the jokes not years later, but kind of immediately. I wrote to let her know, but I know now that the letter didn’t get to her,” she said. “So, here I am, 14 years later, telling you, Paris, that I am really sorry. I was then and I am, much more completely and with far more understanding, I think, now.”

She added, “I felt it the second I saw your face that night. It feels terrible to know you have hurt someone and it’s important to make it right. So, I hope this does that.” 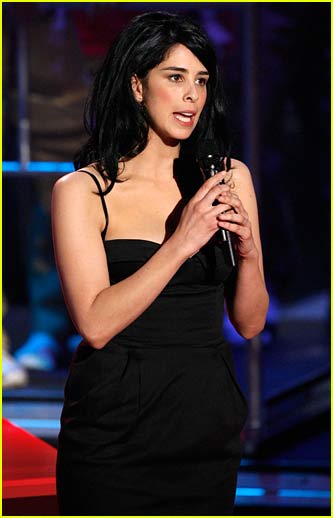 Sarah Silverman on stage at the 2007 MTV Movie Awards

Sarah does not think she would ever make jokes like that today.

“I can’t imagine what you were going through at the time. My understanding of humanity through the lens of my work as a comedian had not yet merged and I’m sorry I hurt you. Comedy is not evergreen. We can’t change the past, so what’s crucial is that we change with the times,” Sarah said. “I’m super down with reflecting on the past and my part in perpetuating real ugly s–t.”

She added, “I’ve actually dedicated the past several years trying to do comedy that attempts to marry hard hitting jokes with actual heart. Back then, the consensus seemed to be that was not possible and I fully accepted that.”

Sarah said that at the time, celebrity hosts at awards shows were hired to roast the “biggest celebrities” and back then, “Nobody was bigger than Paris Hilton.”