Drew Barrymore is opening up about her first-ever boyfriend, who ended up becoming a famous actor!

During the latest episode of The Drew Barrymore Show, the 46-year-old actress and talk show host revealed that she dated Breckin Meyer when she was in grade school.

Scrubs actor Donald Faison was on the show and he talked about meeting Drew for the first time during a night out with Breckin.

“It was my birthday, it’s one of the highlights of my life. I had a hit movie coming out, I met you. Well I met you through Breckin Meyer and every time I’ve seen you since I’ve always been like, ‘I know Breckin,’” he said.

Drew added, “Breckin Meyer, aka Travis Birkenstock, was my like first boyfriend in like grade school. I love Breckin.” 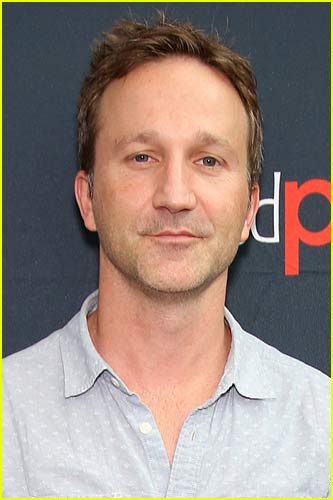 Drew first wrote about dating Breckin in her autobiography, “Little Lost Girl.” She revealed in the book that her first kiss was with him!

“All I know is that it is true that is in her book,” Breckin told Access Hollywood back in 2012. “Hypothetically what happened was when I was 11.”

“Drew was a friend when I was young,” he added. “And she actually got me an audition with agent, which I owe all my work to… If you do me a favor, I’ll make out with you.”