Nicolas Cage is speaking out for the first time since news dropped that he got married for the fifth time.

The 57-year-old actor tied the knot with his 26-year-old girlfriend, Riko Shibata, last month during a “very small and intimate wedding” at the Wynn Hotel in Las Vegas.

Nicolas just released a statement to People, saying, “It’s true, and we are very happy.” Some wedding photos were also shared with the outlet.

The couple got married on February 16 and Cage‘s rep explained why the date is so special to him. 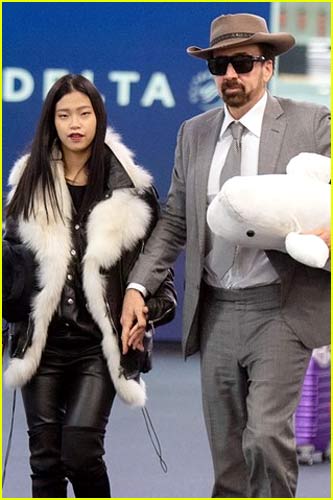 “The date was chosen to honor the birthday of the groom’s late father,” the rep said, adding that Cage wore a Tom Ford tuxedo. “The bride wore a handmade Japanese Bridal Kimono from Kyoto that required three layers.”

“After the wedding, the happy couple was joined for a small celebration attended by Nicolas‘ ex-wife, Alice (who he remains very good friends with) and their son Kal,” the rep added.

Back in March 2019, Nicolas was married to Erika Kookie for just four days after tying the knot in Las Vegas. His previous wives also include Patricia Arquette, Lisa Marie Presley, and Alice Kim.