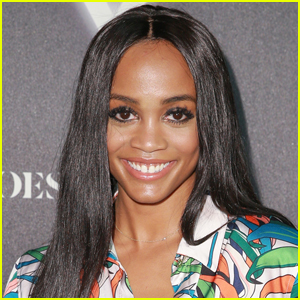 A few weeks ago, the 35-year-old former The Bachelorette disabled her Instagram account amid the ongoing discussion regarding racism surrounding the show and Chris Harrison exiting the franchise after a series of controversial remarks.

Rachel‘s Higher Learning podcast co-host Van Lathan addressed her departure from social media, saying it was because of all the hate she was getting from Bachelor fans amid the controversy.

“‘I want to be like a sunflower so that even on the darkest days I will stand tall and find the sunlight’ 🌻🌻🌻” Rachel wrote along with a photo of sunflowers.

Last month, Rachel interviewed Chris and they had a 14-minute conversation about current The Bachelor contestant Rachael Kirkconnell and the backlash over her past racist behavior.

Chris defended Rachael‘s decision to attend an “antebellum plantation themed ball” in 2018 and undermined points Rachel was making throughout the discussion. He has since announced that he is taking a step back from The Bachelor.

In a new interview on Good Morning America, Chris apologized to Rachel for the situation, and she has since accepted his apology, saying it’s time to “move forward.”

Rachel also recently announced that she would be leaving Bachelor Nation as soon as her contract was over.