Selena Gomez loops her arm with Martin Short‘s as they arrive on the set of Only Murders in the Building in New York City on Wednesday (March 10).

The 28-year-old actress wore a chic black outfit and long jacket as she and Martin geared up to film some new scenes for their upcoming Hulu series.

The show, also starring Steve Martin, “surrounds three strangers who share an obsession with true crime and suddenly find themselves wrapped up in one. When a murder occurs in their NYC apartment building, they are forced to work together to figure out what happened.” 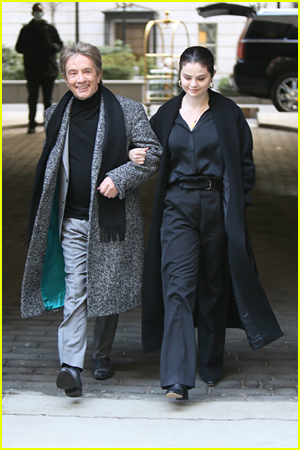 PHOTOS: Check out the latest pics of Selena Gomez

Earlier this week, Selena‘s gorgeous Vogue cover debuted and in the issue, she opened up about a possible retirement from music.

Find out why she’s considering the idea here…