Chris Harrison has officially withdrawn from the upcoming season of The Bachelorette, which will begin filming this month.

The longtime host of ABC’s Bachelor Nation franchise has found himself in the middle of a racism controversy this year following comments he made to defend The Bachelor contestant Rachael Kirkconnell‘s past.

Chris previously announced that he would be sitting out from the After the Final Rose ceremony for Matt James‘ upcoming season finale. A new host for the special was recently revealed.

Now, ABC has confirmed that Chris will be sitting out of The Bachelorette‘s upcoming season while he works on educating himself.

“Chris Harrison will not be hosting the next season of The Bachelorette. We support Chris in the work that he is committed to doing,” the network told Variety in a statement. 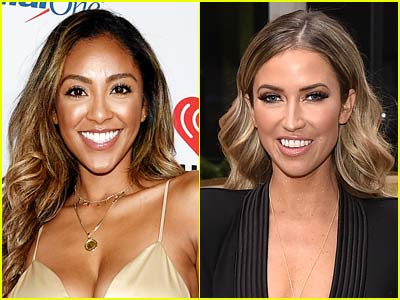 Former The Bachelorette stars Tayshia Adams and Kaitlyn Bristowe have been confirmed as the co-hosts for the new 2021 season!

“In his absence, former Bachelorettes Tayshia Adams and Kaitlyn Bristowe will support the new Bachelorette through next season,” the networks aid. “As we continue the dialogue around achieving greater equity and inclusion within The Bachelor franchise, we are dedicated to improving the BIPOC representation of our crew, including among the executive producer ranks. These are important steps in effecting fundamental change so that our franchise is a celebration of love that is reflective of our world.”

Once again, The Bachelorette will be filmed in a sequestered bubble and the cast and crew is already quarantining to adhere to COVID-19 regulations.

The identity of the next Bachelorette has not yet been announced, but sources say it will be THIS star of the franchise.