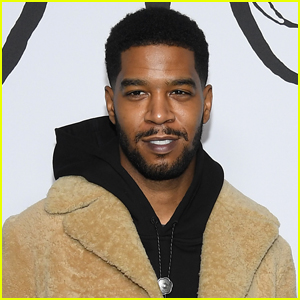 Kid Cudi is reacting to one of his songs being used in a new TikTok trend.

In the new trend, users mouth the line “Now look at this” from Kid Cudi‘s song before cutting out the next line. Instead, the users then show some funny or weird video, while the rest of the song continues as an instrumental.

After catching wind of this new trend, Kid Cudi took to Twitter to react, and he’s not happy with it.

“I dont f–k w what they did to my song on tik tok takin out the lyrics,” Kid Cudi tweeted. “We live in a strange time. Im not flattered.”

One of Kid Cudi‘s fans tweeted at him that the trend is “wack,” and he responded, adding, “Very.”

Kid Cudi then shared another tweet about the situation, writing, “I dont think im makin it ‘deep’ by tweetin how I feel. Now if I was ranting thats another thing. Nothing wrong w me stating I dont approve, plus if u are such a fan, u know my lyrics are most important to me. Im passionate about my s–t so idc who has a problem w that.”

If you missed it, Kid Cudi will soon be appearing in a new Netflix movie that has an A-list filled cast.