Stellan Skarsgard is opening up about his “relaxed relationship” with his genitals and how he’s always been comfortable in his own skin.

The 69-year-old actor opened up to Page Six in a new interview to promote his upcoming foreign film Hope.

“My female friends consider me one of them and talk openly in front of me. I walk around naked at home. When school friends thought storks brought babies, I told them how they were really made. I have a very relaxed relationship with my genitals,” Stellan said.

For those that don’t know, Stellan is the father of actors Alexander Skarsgard and Bill Skarsgard. 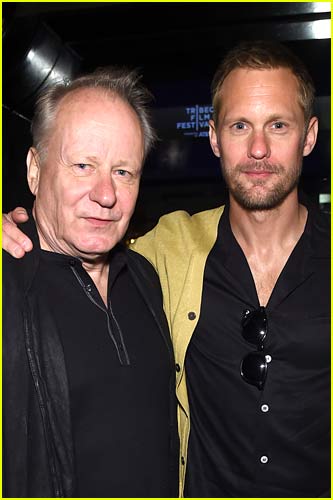 This isn’t the first time that Stellan has opened up about the subject. In an interview from seven years ago, while promoting the provocative movie Nymphomaniac, he gave a very similar quote.

“I’ve been so naked so much I’ve lost count, I mean, my d-ck was huge in the Grand Palais in Cannes (where his international break-out, Breaking the Waves, premiered). I was born naked and walk around naked at home. My parents walked around naked and when my friends in school still thought babies were brought by the storks I could tell them how they were really made. I have a very relaxed relationship with my genitals,” he told IndieWire at the time.