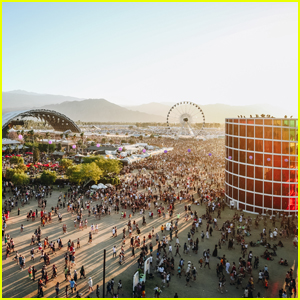 Coachella is reportedly getting pushed back again.

The 2021 Coachella Valley Music and Arts Festival is reportedly being pushed back from October of 2021 to April of 2022, industry sources told Variety.

It’s expected that Stagecoach festival, which takes place the weekend after Coachella, would also move as well, according to the report.

If postponed once again, Coachella will have been moved a total of four times thus far amid the pandemic, having first been scheduled in April of 2020.

“The sources said the reason for the latest postponement is ongoing uncertainty over the COVID-19 pandemic, even though many promoters and live-entertainment companies are planning for at least a partial resumption of touring in the late summer and fall. However, Coachella regularly sells out its 125,000 per day tickets immediately, and the sheer logistics of more than 100,000 people traveling to and gathering at a single location create immeasurable possibilities for disease transmission,” Variety reported.

“While the October dates are still seven months away, preparations for the festival would begin in earnest soon, and without acts on normal tours — The Weeknd’s After Hours tour is the first major one on the books, and it’s scheduled to begin next January — the challenges of putting together an event on the scale of Coachella is much more daunting.”

That doesn’t mean other festivals can’t happen this fall: multiple events are still plotted in the next coming months.

“There’s a big difference between having two weekend of Coachella in California and throwing a country festival in Florida,” a source told the outlet.

Find out what’s happening with two other big events scheduled for this summer.