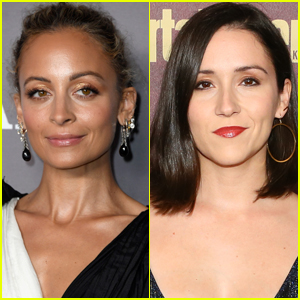 Nicole Richie and Shannon Woodward are teaming up for a new show!

The two actresses have signed on to star in the upcoming pilot for the new comedy series Bucktown, Deadline reports.

Here’s the synopsis: “Bucktown centers on Amy (Woodward), who, after being dumped by her boyfriend and kicked out of her apartment on the eve of a big promotion, finds refuge at her mom’s house in the blue-collar neighborhood where she grew up. Amy reconnects with her teenage niece living there due to her sister’s latest rehab stint and resolves to stay when she realizes that her mom and niece aren’t quite equipped to go it alone.”

Nicole will be playing Jan, Amy’s boss. Her character is described as “a self-centered force who tends to suck up all the energy in a room” that has an “extremely unprofessional partnership” with her husband, Finn.

It was recently revealed that this reality star used to be Nicole Richie‘s assistant!