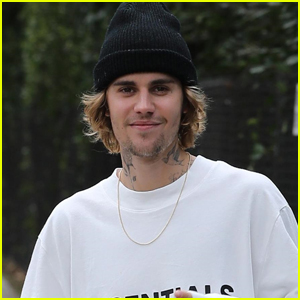 Justin Bieber is opening up about his tattoos.

While promoting his new album Justice, the 27-year-old singer revealed the one place on his body where he doesn’t plan on ever getting a tattoo.

I promised myself I didn’t want to get tattoos on my hand,” Justin said on SiriusXM’s The Morning Mash Up show. “Something about just being able to wear a suit and not having tattoos on my hands… that’s really one of my only places left [to tattoo] or my feet or my legs.”

In the music video for his song “Anyone,” Justin had all of his tattoos covered up with makeup and he shared the video of himself sitting shirtless in just his underwear while getting them all covered up.

In another recent interview, Justin‘s wife Hailey Bieber revealed the one tattoo she got as a teenager that she would “never get” today.