Demi Lovato is speaking out about her broken engagement to Max Ehrich and how she had herself “fooled” during the relationship.

The couple met during the pandemic and got engaged after just a few months of dating, but they called off the engagement two months later.

“I really had myself fooled, because it was the safe and expected thing,” Demi said in a new interview with Entertainment Weekly. “Obviously I cared deeply about the person, but there was something inside of me that was like, ‘I have to prove to the world that I’m okay.’ Now that I’m not engaged or married and I’m okay, I’m like, ‘Wow. Isn’t that so much more empowering?’ It’s not this false sense of security.”

The outlet reports that Demi then put her face into her hands before continuing the answer. 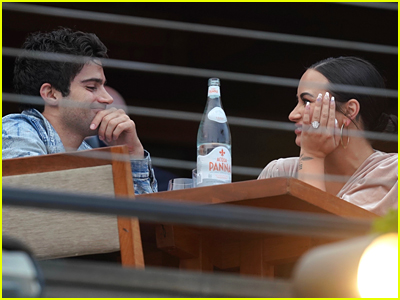 She then said, “Also, the size of that ring, it made it really real. The second it was off, I was like, ‘You know what? I’m good. I don’t need that.’ I just don’t need an object on my finger to make me feel like I’ve got my s— together. It looks like stability, but it doesn’t mean that it is. And I don’t actually grow through stability. I find that I like living not in chaos or crisis, but in fluidity. It’s not [being] stuck and stagnant in an ideal or a tradition that was placed upon us by the patriarchy.”

In her new docu-series, Demi talked about the drugs she was using before her overdose in 2018.