The new episode of The Falcon and the Winter Soldier introduced a superhero who has never been seen in the Marvel Cinematic Universe until now!

At the end of the series premiere, the new Captain America was revealed to be John Walker, who is played by Wyatt Russell.

In the second episode, we watched as the new Cap was introduced to America and he had his friend Lemar Hoskins by his side for moral support. Later in the episode, we see Walker on his first mission, in which he helps the Falcon and the Winter Soldier battle a group of supersoldiers. After Walker jumps out of the helicopter, we see Hoskins jump out next. He later introduces himself as Battlestar!

So, who is Lemar? He was Army buddies with John Walker and was given superhuman strength. When Walker is made the new Captain America, Hoskins becomes known as the new Bucky, aka Cap’s best friend.

Click inside to meet the actor who plays Lemar Hoskins… 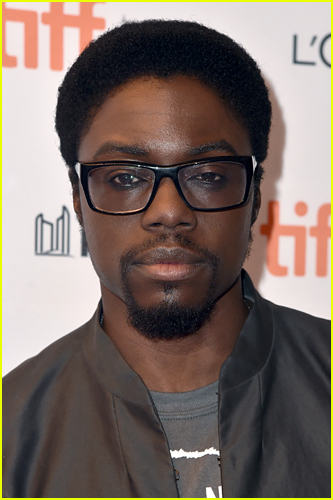 Clé Bennett is the actor who portrays Lemar Hoskins in the series. He is best known for his work on the NBC series Flashpoint and for playing the villain Harris in Heroes Reborn. He most recently was seen in the Amazon series The Man in the High Castle.

It doesn’t look like he has any social media accounts unfortunately!

The second episode of The Falcon and the Winter Soldier finally answered a question we’ve had for quite a while.