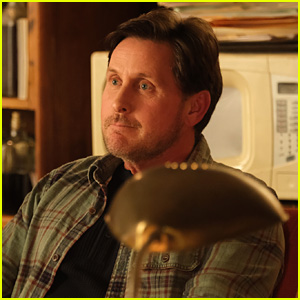 Emilio Estevez turned down quite a few projects that had hoped to revive The Mighty Ducks franchise.

The 58-year-old actor is now revealing why he finally said yes to return as Gordon Bombay in Disney+’s The Mighty Ducks: Game Changers.

“Over the years, there have been a lot of reunions, whether it was through the Anaheim Ducks or various charities. Famously, I have rejected all of those, whether it’s a reunion for Breakfast Club or The Outsiders or St. Elmo’s Fire or Young Guns, all of them,” he recalled in an interview with Entertainment Weekly. “Fortunately I’ve been able to have starred in movies that have stood the test of time and have a long shelf life, so a lot of folks have wanted to see reunions of where are they now. So on one hand, it’s a blessing to have been involved in that but on the other hand, it’s like, I rarely, if ever, participate. So to come back do a Mighty Ducks reunion with replaying this role was a big step.”

He adds that when the idea for Game Changers came, Emilio says he wasn’t “in the headspace for it. I didn’t really see where they were going to go with Bombay, I sort of thought we had played him out.”

However, because Bombay was written as being hidden in plain sight and “that hockey hasn’t been good to him in the last couple of decades, that he’s this guy who’s living on the outskirts of town and not really engaging with people…it was a much darker place than the last time we saw Bombay. And that appealed to me.”

Emilio went on, saying that there’s been so many reboots lately and that was another layer into his hesitation in coming back to the franchise. But he ultimately decided that now was the time.

“The question is, are we at peak nostalgia yet? If we’re not, we’re pretty close. [Laughs] I was inspired to a certain extent by the idea that if I’m ever going to reboot a character, it’s probably now or it will never happen.”