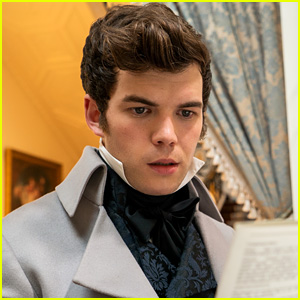 Luke Newton is apologizing and clarifying his post about Bridgerton season two which went viral on social media.

If you didn’t see, the 24-year-old actor, who portrays Colin Bridgerton on the Netflix series, had shared an Instagram that had him and Jonathan Bailey on horses as they geared up for the next season.

However, the post wasn’t what it seemed to be.

Luke had intended for the post to get fans excited about the upcoming season, not confirm that season two was already filming.

”I must set the record straight,” he shared during the SAG Nominees panel this week. “We haven’t actually started yet…But everyone individually is getting ready and psyched up for Season 2.”

Previously, Luke‘s co-star Nicola Coughlan also clarified his post, sharing with her own fans on social media that filming had not started just yet.

“Not yet! Wigs and dresses yet to be made but soon!” she wrote.

Check out the latest casting news about season two and find out who is playing Jonathan‘s love interest here!