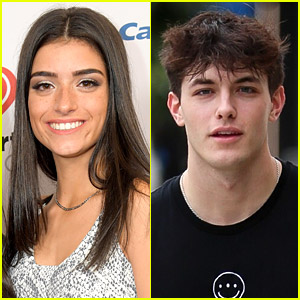 Dixie D’Amelio is calling out her ex-boyfriend Griffin Johnson for something that he posted on his Instagram account.

Griffin, who is a popular TikTok and Instagram star, posted a series of photos of him and friend Bryce Hall posing on a scooter outside their house. In the fourth photo, someone was photoshopped into the balcony of the home and it appears to be Dixie.

Dixie and Griffin started dating at the beginning of the pandemic and she announced in August 2020 that they had broken up. She revealed their breakup by sharing a YouTube video they had previously made and added, “Hey, so we actually broke up, but I had this video scheduled for today so I’m posting it anyways.”