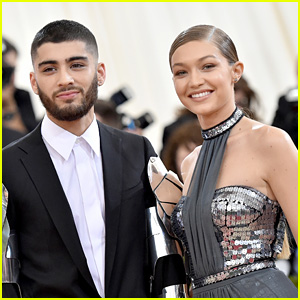 Gigi Hadid shared the cutest picture yet of her daughter, Khai.

The 25-year-old model and partner, Zayn Malik, welcomed Khai in late September last year and has been sharing bits and pieces of the newborn’s new world.

In fact, Gigi only just revealed Khai‘s name in January!

Now, for Khai‘s first Easter, Gigi shared a really sweet image on her Instagram for fans.

Click inside to see the pic Gigi Hadid shared of daughter Khai for Easter!

In the image taken from above, Khai is wearing a patchwork jacket over a grey onesie with a cute “cotton tail” on her butt.

“our little bunny! first Easter!,” Gigi wrote in the caption.

Just a few months ago, Gigi revealed what Khai‘s nursery looked like. See the pics here!