A new report is giving some inside details into what led to Rege-Jean Page‘s exit from Bridgerton after just one season from the show.

As was previously reported, Rege‘s role as Simon Basset, aka the Duke of Hastings, was originally intended to only have a one-season arc.

The producers of the show always planned on the show following the arc of the book series, with each season covering one book from the series. The second book in the series is all about Anthony Bridgerton’s search for love and Simon doesn’t really play a role in that story.

After the success of the new Netflix series, which became the streaming service’s biggest debut ever, producers tried to get Rege to sign on for another season.

Click inside to find out what happened in negotiations…

Showrunner Chris Van Dusen previously told THR that he wanted both Rege and his on-screen love Phoebe Dynevor to return after the first season. He said, “I would love to be able to see them again and also at the same time explore the other brothers and sisters of the family.”

Well, The Hollywood Reporter‘s sources just revealed what happened in the negotiations for Rege to return for season two. 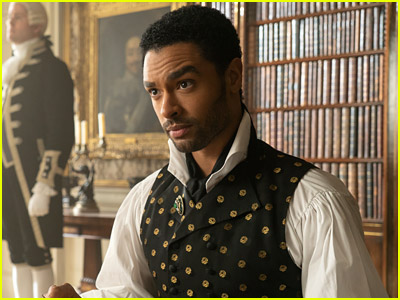 “Page was offered an opportunity to return as a guest star in three to five episodes of season two — at a rate of $50,000 an episode — but declined for a multitude of reasons,” the outlet’s sources revealed.

The sources added that Rege is focusing on his “burgeoning film career” right now.

For those that don’t know, he just wrapped work on the upcoming Netflix movie The Gray Man, which also stars Chris Evans and Ryan Gosling. He’s also about to begin filming the upcoming Dungeons and Dragons movie!

Read what Rege had to say while explaining why he decided to leave the show.