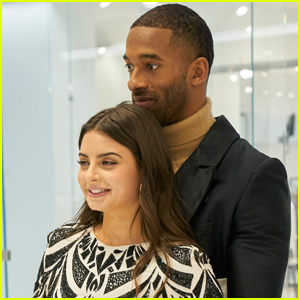 Matt James and Rachael Kirkconnell are not back together.

Recently, fans started speculation that the Matt, 29, and Rachael, 24, were dating again after a fan spotted them out together in New York.

Now a source close to Matt has shared a statement that he and Rachael “are just friends.”

“They are not together. He supports her as a friend. He is not looking for a relationship,” the source told People. “Matt is focused on engaging in meaningful projects in the community at this time.”

As Bachelor fans can remember, Rachael won Matt‘s season of the hit ABC romance series and dated for a while after filming ended, but they broke up after photos of Rachael attending an antebellum plantation-themed party in 2018 resurfaced online.

Rachael has since apologized for her scandal, saying that she is “learning and will continue to learn how to be antiracist.”

Find out who will be the stars of the next two seasons of The Bachelorette!