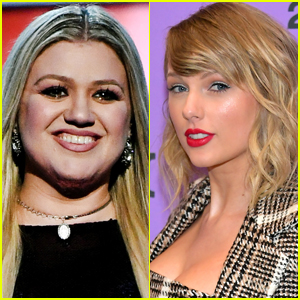 Back in 2019, the 38-year-old singer and talk show host suggested that the 31-year-old entertainer re-record her albums after it was revealed that Scooter Braun had purchased Taylor‘s master recordings, seemingly without her knowledge.

“@taylorswift13 just a thought, U should go in & re-record all the songs that U don’t own the masters on exactly how U did them but put brand new art & some kind of incentive so fans will no longer buy the old versions. I’d buy all of the new versions just to prove a point 💁🏼‍♀️” Kelly tweeted at the time.

And it looks like Taylor took Kelly‘s advice! Taylor released her Fearless re-recorded album, the first of the six albums she will be re-recording and re-releasing, with full ownership under her name.

Shortly after Kelly tweeted out the suggestion, she revealed that this celebrity was actually the one that came up with idea.