Colton Underwood‘s “deeply personal” interview on Good Morning America just aired and he came out as gay while speaking to Robin Roberts.

The 29-year-old former football player rose to fame when he appeared as a contestant on Becca Kufrin‘s season of The Bachelorette, during which he revealed that he was a virgin.

Colton later led the 2019 season of The Bachelor and ended up with Cassie Randolph, though they never got engaged. The couple split during the summer of 2020 and she later filed a restraining order and accused him of stalking and harassment, ultimately dropping the investigation and the order.

“For me, I’ve run from myself for a long time. I’ve hated myself for a long time. I’m gay and I came to terms with that earlier this year and have been processing it. The next step in all of this was sort of letting people know. It’s been a journey for sure,” Colton said. “I’m emotional, but I’m emotional in such a happy and positive way. I’m like the happiest and healthiest I’ve ever been in my life and that means the world to me.” 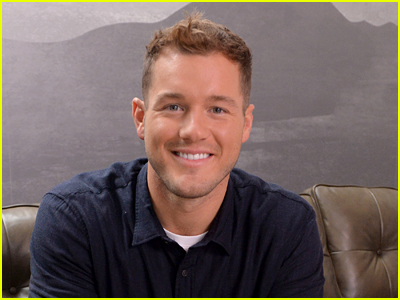 Colton was asked about the moment when he realized he had the courage to speak his truth.

“I got into a place for me in my personal life that was dark and bad. I can list a bunch of different things, but they’d all be excuses. But I think overall, the reason why now is because I got a place where I didn’t think I was ever going to share this. I would’ve rather died than say ‘I’m gay,’” he said. “And I think that was sort of my wakeup call.”

When asked if he ever thought about harming himself, Colton said, “Yeah. There was a moment in L.A. that I woke up and I didn’t think I was going to wake up. I didn’t have the intentions of waking up, and I did. And I think for me, that was my wake-up call of like, ‘This is your life. Take back control.’”

“I think looking back even beyond that is like, even just suicidal thoughts… when driving my car close to a cliff and [thinking], ‘Oh, if this goes too close to the cliff, it’s not that big of a deal.’ I don’t feel that anymore,” he said.

Colton was asked to address the people who watched him look for love on The Bachelor.

“I thought a lot about this. Do I regret being The Bachelor and do I regret handling it the way that I did? I do. I do think I could’ve handled it better. I just wish I wouldn’t have dragged people into my own mess of figuring out who I was. I genuinely mean that, but i also at the same time, I could sit here and say ‘I’m sorry’ to all of those women, but I can also say ‘thank you,’ because without them, and without The Bachelor franchise, I don’t know if this would have ever came out,” he said.

Colton also has a message for Cassie. 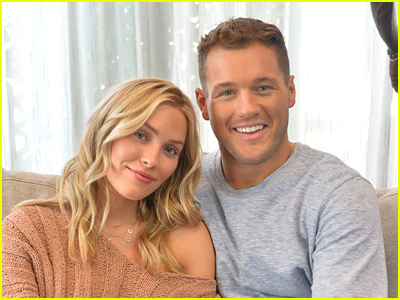 “I’d like to say sorry for how things ended. I messed up. I made a lot of bad choices,” he said, adding that he was indeed in love with her. “That made it harder and more confusing for me. If I’m being honest, I loved everything about her and it’s hard for me to articulate exactly what my emotions were in going through that relationship with her was, because I obviously had an internal fight going on. I would just say that I’m sorry from the bottom of my heart. I’m sorry for the pain and emotional stress I caused. I wish it wouldn’t have happened the way it did.”

Colton says that he used to pray to god and thanked him for making him “straight” when he was cast as The Bachelor.

See everything that Colton has said about gay rumors throughout the years.