SPOILER ALERT – This post will contain spoilers for the latest episode of The Falcon and the Winter Soldier, so beware of reading further.

We knew that there was going to be a surprise cameo in episode five of The Falcon and the Winter Soldier and it was revealed to be Julia Louis-Dreyfus playing a character that hasn’t been featured yet in the Marvel Cinematic Universe.

The Emmy-winning actress made her Marvel debut in the new episode, which is now streaming on Disney+. Want to know more about her character? We have you covered!

Keep reading to learn more about the character she plays! 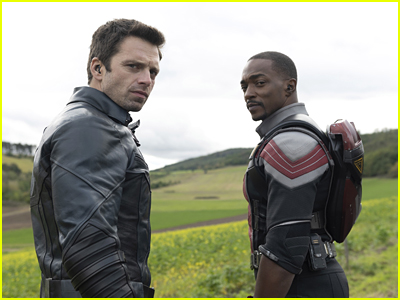 Julia is playing Contessa Valentina Allegra de Fontaine, who made her first appearance in the MCU during a scene with Wyatt Russell‘s John Walker.

John, who had recently been named the new Captain America, killed a Flag Smash with his shield and had the role taken away from him. The Contessa comes in and gives him a shot at redemption.

“I would have killed the bastard too,” the Contessa tells him. She then adds, “You did the right thing taking the serum. Of course I know about that. It has made you valuable to certain people. I actually think it’s the second best choice you ever made in your life.”

So, who is the Contessa? She is a former Agent of S.H.I.E.L.D. who is a Russian double agent. In the comic books, she was once a love interest of Nick Fury and some people think that she might be appearing in the upcoming Secret Invasion series alongside Samuel L. Jackson.

There are also rumors that the Contessa might be involved in the anti-Avengers Thunderbolts team being assembled by William Hurt‘s Hulk character General “Thunderbolt” Ross.

Meet the actress who is the breakout star of Falcon and the Winter Soldier!