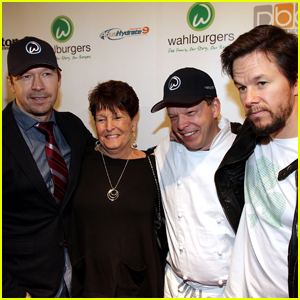 The mother to Mark and Donnie Wahlberg passed away after battling illness at the age of 78, her sons confirmed on Instagram on Sunday (April 18).

“My angel. Rest in peace,” Mark captioned a photo of his mother.

“I’m so blessed to have been brought into this world by, raised by, taught by and set on my life’s path by, such an amazing woman. My mom Alma’s joy for life, love and people — combined with a pride in her humble beginnings and refusal to forget where she came from — undoubtedly shaped me into the man that I am,” wrote Donnie.

“I’ve often said, if you like anything about me, I got it from Alma. I say that, because it’s true. She was, without a doubt, the most loving human being I’ve ever known.”

Alma was a mother of nine, who starred on the A&E series Wahlburgers, which followed the family’s efforts to start a burger restaurant. She worked as a hostess and greeter, and previously worked as a nurse’s aid and bank clerk. Donnie previously opened an Italian restaurant, calling it Alma Nove, a reference to his mom and her nine kids.

Our thoughts are with Alma Wahlberg‘s loved ones at this difficult time.