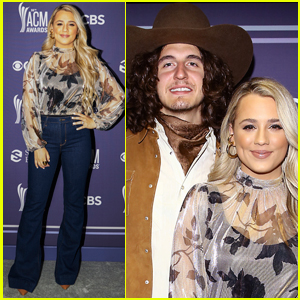 Gabby Barrett and Cade Foehner are enjoying a night out!

The American Idol couple, and new parents, posed together on the red carpet at the 2021 Academy of Country Music Awards held on Sunday (April 18) at the Grand Ole Opry in Nashville, Tenn.

This is the first public outing for the couple after welcoming their daughter Baylah back in January.

Gabby and Cade met while they both were competing on American Idol and got married in October 2019.

Gabby is nominated tonight for New Female Artist of the Year and Single of the Year for her song “I Hope. “You can check out all of the nominations here!