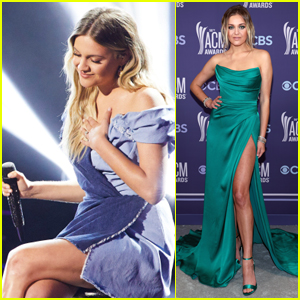 Kelsea Ballerini and Kenny Chesney are slowing things down at the 2021 ACM Awards.

The two country singers teamed up for a performance of their ballad “half of my hometown” during the country music awards show from Nashville, Tenn. airing on Sunday (April 18).

PHOTOS: Check out the latest pics of Kelsea Ballerini

Kelsea and Kenny‘s duet is featured on her album Kelsea, which she released back in March 2020. You can stream the entire album here.

Earlier in the night, Kelsea arrived at the event looking absolutely stunning in a green, silk gown.

You can check out all the winners from the 2021 ACM Awards here!