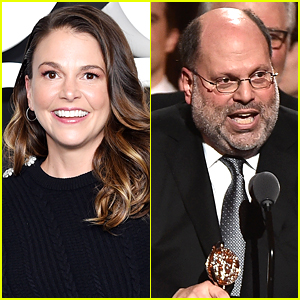 Sutton Foster is speaking out on the allegations made against producer Scott Rudin and she’s explaining why she waited to speak about them.

The two-time Tony-winning actress is set to star in the upcoming Broadway production of The Music Man, a show that was being produced by Rudin.

We learned this weekend that Sutton gave the producing team an ultimatum and vowed to leave the show if Rudin did not step down from the production. He has been accused of abusive workplace behavior by numerous former employees.

After Rudin announced that he is stepping away from Broadway, Sutton shared her thoughts during an Instagram Live on Sunday morning (April 18).

“I feel like the only positive outcome is the one that happened,” Sutton said during the live stream. She added, “I am so honored to be a part of The Music Man and I can’t wait to create an incredible, safe, inclusive, loving environment for everyone involved, and that I all I care about moving forward.” She added that her co-star Hugh Jackman “feels exactly the same way.”

Sutton explained why it took some time for her to speak publicly about the situation.

“I apologize if it seems like I wasn’t actively trumpeting my feelings, but I feel like the noise of — I couldn’t get a clear mind, and I really needed to step away,” she said. “I never had to deal with anyone like this before, and I think 46 years on this Earth deserves that. I’m mature enough to take the time and I think people should allow it. I really am excited about returning to Broadway and may we just continue the change and that’s all I’m going to say. I just feel really, it’s an unbelievably unfortunate situation, but the only positive outcome is the one that is happening.”

You can watch the video below.