Lewis Tan plays Cole Young in the new movie Mortal Kombat and the role is definitely going to earn him many more fans!

This marks the 34-year-old Chinese-British actor, model and martial artist’s biggest role to date, though you might recognize him from some of his previous projects.

The Mortal Kombat reboot movie is being praised for the diversity featured in the film and for staying true to the popular video games. Make sure to read what critics are saying about the movie!

There are actually several stars in Mortal Kombat who you probably recognize from some of your favorite TV shows and movies.

Keep reading for 10 things to know about Lewis Tan… 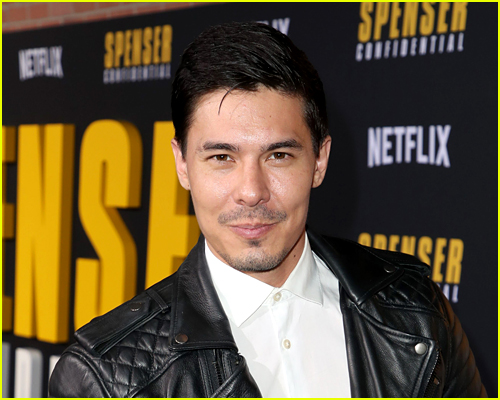 1. He got his start in Hollywood as a stunt actor!
Before landing roles on screen, Lewis performed stunts for such movies as The Fast and the Furious: Tokyo Drift, Pirates of the Caribbean: At World’s End, Olympus Has Fallen, and The Hangover Part III.

2. His father’s big break also came from Warner Bros.!
The Mortal Kombat movie is being made by Warner Bros. and Lewis‘ father also got his big start in Hollywood thanks to the same studio. He has been a stunt actor and coordinator for more than 30 years.

Lewis told Men’s Health, “My father came from nothing and he was abandoned on the streets when he was a kid, but he gave me a good life and introduced me to filmmaking and entertainment and showed me what it’s like to play make-believe on set. I’ve been living on movie sets since I was five years old, and I don’t know anything else besides that. And to have my father there in Australia [where Mortal Kombat was shot]—he was watching me fight and perform—was a crazy moment and very special.” 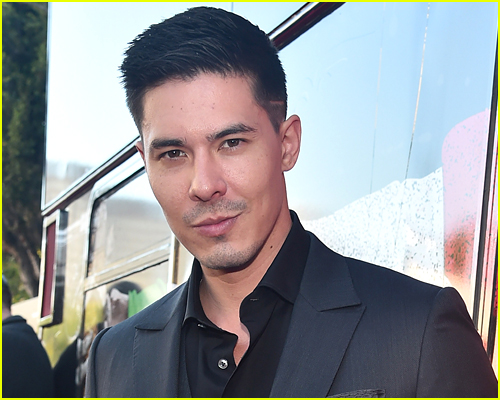 3. Lewis has a lot of tattoos!
Lewis told Cosmopolitan, “I have a lot of tattoos—they’re part of my story, like a diary. On my fingers, I have ‘grace’ and ‘love,’ actually in an old ex-girlfriend’s handwriting. We broke up, but we’re still really great friends, so these represent that feeling. ”

4. He takes a minimalist approach to his bedroom.
Lewis told Cosmopolitan, “I’m a minimalist. So in my bedroom, there’s no television. There’s nothing on the walls. I have a low Japanese bed that has, like, an orangey kind of light that glows underneath it, so it looks like it’s floating. Candles on either side of the bed and literally that’s it. There’s no paintings, there’s no mirrors, there’s no television. It’s super minimalist. And it helps me sleep at night. The bedroom shouldn’t be for watching television, it’s a time for, well, many things, I guess, but it should be kept sacred.” 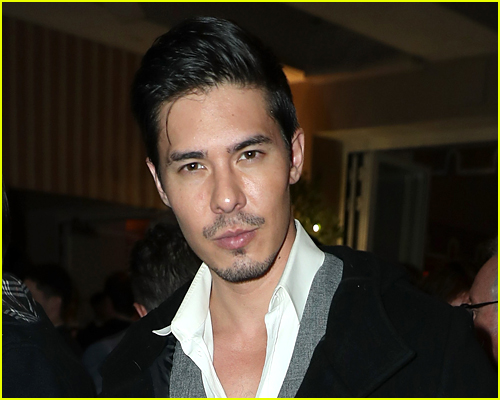 5. Lewis has been in some projects you might know!
The first big project that Lewis booked was the AMC series Into the Badlands, in which he played Gaius Chau. He also played the lead role of Lu Xin Lee in Netflix’s Wu Assassins series and he played Shatterstar in Deadpool 2.

7. Lewis was disappointed by his character Shatterstar’s death in Deadpool 2.
“When I found out I was like, this character has got this crazy backstory. He’s awesome, this alien from Mojoworld. He has this Gladiator-meets-Mad Max-Blade-Runner type of vibe. I was sold,” he told Yahoo. Shatterstar ends up dying when he’s sucked into helicopter blades. Lewis said, “To meet a demise like the one that he met, it was very unfortunate.”

8. He has a ripped body.
All you have to do is take a look at his abs in the Mortal Kombat set photo from below. You’re welcome!

9. He identifies as a “person of the world.”
Lewis is half-Chinese and half-British and never felt the need to define his racial identity. He told Men’s Health, “People would be like, oh, you’re not Asian enough or you’re not white enough. Like, f–k, man. Where do I fit in? Are you guys ever gonna write me a role where I’m perfect for this role? I’m just an artist, and I want people to look at my work and not look at me and the color of my skin.”

10. Lewis has an exciting role in the works!
It was recently announced that he will be starring in the upcoming Quantum Spy TV series, which is being shopped to networks this week. He will portray the newly-assigned Chinese-American CIA officer Harris Chang, who is tasked to hunt down the traitor. Soon, he’s caught in an ever-expanding maze of spymasters, assassins and temptations turning the investigation into a personal obsession.