There was a very quick moment during the 2021 Oscars when Brad Pitt gave a shout-out to his friend Leonardo DiCaprio, but you might have missed it.

As you know, Brad worked with Leo on the 2019 movie Once Upon a Time in Hollywood and he earned the Oscar for Best Supporting Actor.

Because he was the winner of last year’s Oscar, Brad was at this year’s show to present the award for Best Supporting Actress. While introducing the nominees, he was given the task of sharing how each of the women fell in love with movies.

The Leo shout-out happened when Brad was talking about Amanda Seyfried.

Keep scrolling to see what he said during the show… 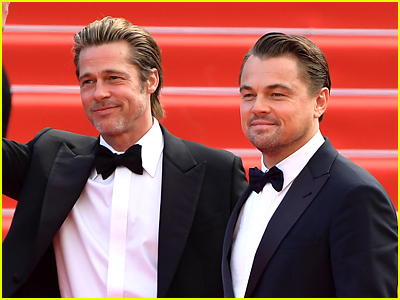 Amanda was nominated for Best Supporting Actress for her work in the Netflix movie Mank. “For Amanda Seyfried, it was the film version of Romeo + Juliet — the Leo version,” he shared.

When Brad won his Oscar last year, he thanked Leo in his speech. He said, “Leo, I’ll ride on your coattails any day, man. The view’s fantastic.”

See why fans were freaking out over Brad‘s appearance at the Oscars!