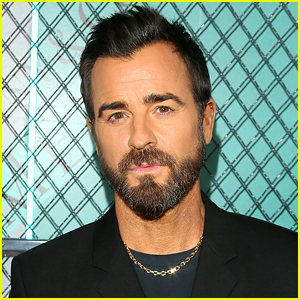 Ut oh! Justin Theroux‘s uncle is coming for him!

In a video promoting The Mosquito Coast, Justin and his uncle, author Paul Theroux, share the family history that inspired the original novel. The show is debuting on Apple TV+ on April 30.

In the video, Paul lets everyone know that Justin has been pronouncing the family name wrong.

“The Mosquito Coast was written by my Uncle Paul, who I am the middle namesake of him, Justin Paul Theroux,” Justin says at the top of the clip.

Paul then comes on screen and says, “The main character is played by Justin Theroux, my nephew. Sometimes he calls himself Justin tha-row. It’s a French name, it’s Theroux.” He then pronounces it “tha-roo.” Wow!

If you missed it, Justin finally confirmed a big rumor about his breakup from Jennifer Aniston.