The producers of Grey’s Anatomy have confirmed that a longtime cast member of the show is leaving and the reveal will be made in tonight’s episode.

The show is currently in its 17th season and the cast member will be departing the show after the episode that airs on May 20.

SPOILER ALERT – Do not continue reading if you don’t want to know what happens yet!

Keep reading to find out who is leaving… 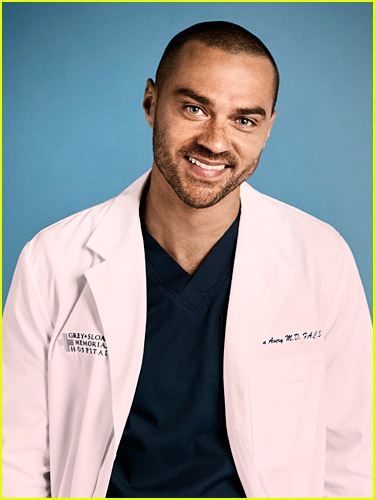 Jesse Williams, who plays Jackson Avery, will be leaving the show after the episode that airs on May 20. He has been on the show for 12 seasons and his current two-year contract is up at the end of the current season.

Executive producer and showrunner Krista Vernoff said in a statement to Deadline, “Jesse Williams is an extraordinary artist and activist. Watching his evolution these past 11 years both on screen and off has been a true gift. Jesse brings so much heart, such depth of care, and so much intelligence to his work. We will miss Jesse terribly and we will miss Jackson Avery — played to perfection for so many years.”

Sarah Drew will be returning as April Kepner to close out Jackson’s storyline in the series.

Jesse said in a statement, “I will forever be grateful for the boundless opportunities provided me by Shonda [Rhimes], the network, studio, fellow castmates, our incredible crew, Krista, Ellen [Pompeo] and Debbie [Allen]. As an actor, director and person, I have been obscenely lucky to learn so much from so many and I thank our beautiful fans, who breathe so much energy and appreciation into our shared worlds. The experience and endurance born of creating nearly 300 hours of leading global television is a gift I’ll carry always. I am immensely proud of our work, our impact and to be moving forward with so many tools, opportunities, allies and dear friends.”

Next up for Jesse is the Amazon movie Marked Man and the Broadway play Take Me Out, which is likely to happen in 2022.

Just a few months ago, Jesse shared his thoughts on when Grey’s would end.