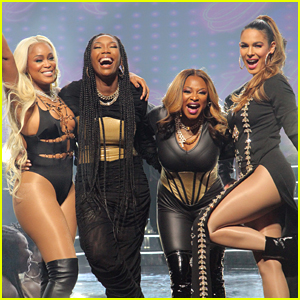 The first look teaser for ABC’s Queens is finally here!

The series centers on four estranged and out of touch women in their 40s, who reunite for a chance to recapture their fame and regain the swagger they had as the Nasty Bitches – their ‘90s group that made them legends in the hip-hop world.

The series will star Eve as Brianna aka Professor Sex, Naturi Naughton as Jill aka Da Thrill, Nadine Velazquez as Valeria aka Butter Pecan, Taylor Selé as Eric Jones, Pepi Sonuga as Lil Muffin and Brandy as Naomi aka Xplicit Lyrics.

As part of the show, Brandy and Eve both will be writing, recording and perform original songs.

Queens is set to debut this fall on ABC!